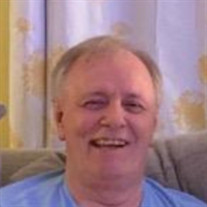 Frederick A Keller of Brewerton, NY, passed away on Monday, December 27, 2021 at St Joseph's Hospital. He was 69 years old. Born in Fulton, NY on September 4, 1952, he grew up in Lysander, Williamstown area and eventually Mattydale, NY. He attended North Syracuse schools where for years, he studied Martial Arts. In 1980, he met his future wife of almost 41 years, Maryanne. They were married in 1981 and resided in North Syracuse, NY, moving to Brewerton, NY several years ago. A police officer for many years, he started his law enforcement career with the Village of Liverpool Police in 1972 where he was awarded the Medal of Honor and cited for Bravery in the Line of Duty in October 1978 by former Police Chief Ray Piper. He was the first Police Officer who was qualified to carry a .44 magnum after scoring 99/100 (top marksman) and was nicknamed “Dirty Harry.” He was a former Onondaga County Park Ranger and worked for the Town of Manlius Police, retiring in 1993. He was one of the original officers working along with the Onondaga County District Attorney's new “Stop DWI” program, “DARE” program and Horizontal Gaze Nystagmus program. He received numerous certifications, accommodations and awards. He was "Freddie the K" as he was called when he worked several years as a DJ for radio 93Q in the late 1980s. He was an avid hunter, marksman and enjoyed traveling & spending time with his granddaughters, Daisy and Evangeline, his "beautiful girls." He called himself “Grandpa Keller,” proudly. He was predeceased by his father and mother, Frederick and Virginia Keller; his aunt and uncle, Sophie and Bob Broshinski. Frederick is survived by his loving wife of almost 41 years, Maryanne (Mento) Keller; children, Michael (Kaitlin) Keller of Brielle, NJ and Stephen (Sonia) Keller of Washington, DC; granddaughters, who he adored, Daisy Morrison Keller and Evangeline Dylan Keller of Brielle, NJ; siblings, Patricia (Bob) Bouchard of Syracuse, NY and Sheila (Joe) Lemchak of Liverpool, NY; aunt, Dorothy; uncle, Charlie; along with several nieces and nephews, and many cousins. Calling hours will be held on Tuesday, January 4th from 4 p.m. to 7 p.m. at FARONE & SON, Inc. Funeral Home, 4899 W. Taft Road, Liverpool. There will be a funeral service on Wednesday, January 5th at 9 a.m. at the funeral home, followed by a Mass of Christian Burial at 10 a.m. at St. Margaret's Church. Burial will be in Assumption Cemetery.

Frederick A Keller of Brewerton, NY, passed away on Monday, December 27, 2021 at St Joseph's Hospital. He was 69 years old. Born in Fulton, NY on September 4, 1952, he grew up in Lysander, Williamstown area and eventually Mattydale, NY. He... View Obituary & Service Information

The family of Frederick A. Keller created this Life Tributes page to make it easy to share your memories.

Frederick A Keller of Brewerton, NY, passed away on Monday, December...

Send flowers to the Keller family.