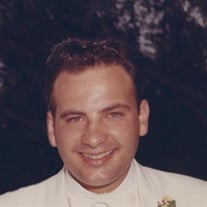 Before you throw anything away, think about saving it for spare parts to fix things and if that doesn’t work you can always use duct tape. On November 12, 2020 John DeFio was taken by the angels to heaven. John, who spent most of his career at Niagara Mohawk, was known by many names; John, Johnny, JD, Dad, Johnny NIMO, Mr. D, but the name he was most proud of was Papa. Survived by his seven grandchildren (Dante, Vienna, Martina, Milana, Mario, Giovanni and Francesca) Papa was a real life super hero, champion tickler, world class magician, fishing buddy, co- conspirator, confidant, purveyor of candy and giver of forbidden toys. For his daughters , Nina D’Amico (Russ) and Natasha Santiago, he was a fierce protector, loving father, fixer of problems and appliances and the inspiration to many of what fatherhood should look like. He never missed a game, a birthday party, concert, birth of a grandchild or the endless high school cheerleading competitions. To his friends, he was a constant presence, someone you could rely on for help and a good laugh. John loved the camp he had in Ontario, Canada and all of the lifelong friends he met there. John loved buying and restoring cars and entered many of these beauties in antique car shows, where he was so proud of the trophies he received. Born in Syracuse, NY on February 20, 1941; John attended North High School, where he met his wife of 56 years, Linda (Porter). After high school, John enlisted in the Army where he spent 2 years mostly in Germany where, he proudly tells us, he bought a Porsche and drove it on the Audubon. John was a member of the Holy Name Society, an usher at Our Lady of Pompei Church, a doorman at Imperial Gardens and spent his evenings selling used cars at John Rotella Auto Sales. The legacy of John’s kind and genuine spirit, love for others and zest for life will live on through us all. Calling hours will be held at Farone and Son Funeral Home, 1500 Park St., on Thursday November 19th from 10 until 12 pm. A funeral service will follow the calling hours at Noon with burial to follow in Assumption Cemetery.

Before you throw anything away, think about saving it for spare parts to fix things and if that doesn&#8217;t work you can always use duct tape. On November 12, 2020 John DeFio was taken by the angels to heaven. John, who spent most of his... View Obituary & Service Information

Before you throw anything away, think about saving it for spare...

Send flowers to the DeFio family.