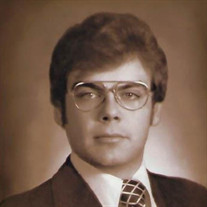 The world of music and the world of law lost a hero, an advocate, and champion when John P. DiLauro, Esq., 75, passed away on April 26, 2022. John was the most generous and kind person in both worlds. His signature songs, "Sleepwalk" and "Johnny B. Goode," were requested most often when John played lead guitar in "Smokin’." Earlier in his teen years, he played in “The Strangers” and “Carnage,” where he met and stayed loyal to his lifelong friends, three of whom preceded Johnny D. to the land of music to start a heavenly rock band. John was an altar boy at Immaculate Heart of Mary in Liverpool and attended CBA where he was offered three football scholarships to Ivy League schools. John was the class entertainer often frustrating the brothers who were trying to maintain order and a scholarly atmosphere. He attended undergraduate at Syracuse University starting in Med school and after seeing his first open heart surgery, he quickly changed to law. He graduated from the law school and went into general practice with Anthony Aloi, Esq., who later became an Onondaga County Court Judge, and Anthony Rivizzigno, Esq. John became an outstanding Criminal Defense Attorney defending many in highly publicized cases sometimes with his good friend, John Brunetti, Esq., who later became a State Supreme Court Justice. John had a brilliant mind and often was the firm’s go to defense counsel. He transitioned into real estate with his extremely capable paralegal, Natalie Carlisle, for the past 19 years. John is predeceased by his parents, Nicholas and Carmelina DiLauro; brother, Nicholas; sister, Theresa; and brother-in-law, John H. Gebrian. He is survived by his wife, Stacey; sister, Anne Marie Gebrian; aunt, Ann DiLauro; many cousins; Stacey’s son, John A. “Rogo” (Stephanie) Rogowicki; two grandchildren, Iroh and Lula; miniature poodles, Ginger Cookie and Jewelie Dalia. The Family wishes to thank the nurses and staff of the 7th and 4th floor of Crouse Hospital for their care and kindness. Calling hours from will be held on Tuesday, May 3rd at St. Lucy’s Church, 432 Gifford St. from 10:00am to 11:00am with a Mass of Christian Burial to follow at 11:00am. Burial will be in Assumption Cemetery. In lieu of flowers, contributions may be made in memory of John P. DiLauro, Esq., to Saint Lucy’s Pantry, 425 Gifford Street, Syracuse, NY 13204 or to St. Jude Children’s Research Hospital.

The world of music and the world of law lost a hero, an advocate, and champion when John P. DiLauro, Esq., 75, passed away on April 26, 2022. John was the most generous and kind person in both worlds. His signature songs, "Sleepwalk" and "Johnny... View Obituary & Service Information

The family of John P. DiLauro created this Life Tributes page to make it easy to share your memories.

Send flowers to the DiLauro family.